We can provide you with information on your rights if your flight has been delayed or cancelled and help you with your airline and airport complaints. 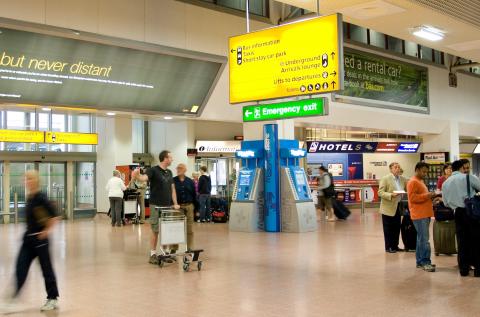 If your flight is delayed, cancelled or you are denied boarding you are entitled to assistance. This usually means food, drink and access to communication (this could be refunding the cost of telephone calls) and accommodation if needed.

Complaining about an airline or airport

If you are not satisfied with the service you receive, contact a member of the airline or airport staff. They may be able to resolve the problem at the time of travel.

If the airport/airline cannot resolve the problem at the time of travel put your complaint to them in a letter or an email detailing what went wrong.

The Consumer Council has a number of template letters to help you with common types of air travel complaints. Click on the links below to download the letters.

Not happy with the response or would like more help? Contact The Consumer Council by telephone on Freephone number 0800 121 6022 or click here to use our online complaints form.

Template letters above are Microsoft Word documents and will automatically download to your device for you to add your own information. If you need the Word document translated or read aloud, click here for information on how to add 'Read&Write' software to your device. This is supplied by Text Help. If you need any further support with this software, click here to visit Text Help's contact web page.

If your flight is delayed, cancelled or you are denied boarding you are entitled to assistance. This usually means food, drink, access to communication (this could be refunding the cost of telephone calls) and overnight accommodation if needed. You may also be entitled to compensation.

If your flight is cancelled you are entitled to:

• a refund within seven days; or

• alternative transport to your final destination.

If the airline offers you vouchers you do not have to accept these. You have the right to ask for a refund or re-routing instead.

If your flight is delayed for more than five hours and you decide not to travel, you are entitled to a refund within seven days

If your flight is delayed or cancelled you may be entitled to compensation. The amount will depend on the length of your flight, and the length of the delay or impact of the cancellation in you getting to your final destination.

When you are not entitled to compensation

These are events outside an airline’s control which prevent a flight from departing as scheduled. They include:

• air traffic management decisions which prevent a flight from departing; and

• technical problems with an aircraft caused by something out of the ordinary.

Technical problems do not always amount to extraordinary circumstances. If in doubt, ask the airline for more information or you contact us.

For information on your rights and responsibilities, or for help obtaining your compensation, call us on 0800 121 6022.

All airports and airlines in the UK and European Union are required to provide assistance to passengers with a disability or reduced mobility.

All types of disabilities are covered including hidden disabilities such as learning disabilities, autism and hearing loss. A passenger may have reduced mobility because of their age, an illness or a temporary injury, for example a broken arm or leg.

You are entitled to assistance at all stages of your journey, from booking your ticket, checking-in and boarding the aircraft, right through to leaving your destination airport at a designated point (eg airport car park, train or bus station or a connecting flight).

For more information on the assistance available, your rights and responsibilities including how to request assistance when travelling by air download a copy of the Consumer Council's guides below or telephone us on 0800 121 6022 to request a copy.

We also have factsheets on particular issues that may arise when travelling by air so you know your rights.

The vast majority of journeys will take place without incident. However, when travel plans are disrupted it can have a significant financial and emotional impact on consumers, which is why so many consumers take out travel insurance. Insurance provides vital protection against the impact of something going wrong. Read more about travel insurance and ATOL Protection by clicking on the links below.

If an airline fails it can be a very worrying time for passengers. Your rights will depend on how you booked and paid for your flights.

Booked directly with an airline

Customers who bought their tickets separately with a personal credit card may be able to claim their money back from the credit card provider under Section 75 of the Consumer Credit Act. To be eligible, you will need to have paid more than £100 for your flights. If the flight was cheaper, or you used a Visa debit card, you may be able to use the ‘Chargeback’ scheme that card issuers are signed up to.

Booked through an airline ticket agent

You should speak to the agent in the first instance as they may have provided travel insurance that includes Scheduled Airline Failure Insurance (the type of protection provided may vary depending on the type of policy taken out).

Booked with an ATOL certificate holder

If you bought your flights as part of a package with an ATOL travel firm and received an ATOL certificate you should be ATOL protected. Contact your travel firm for more information.

Some airlines have additional charges for a range of extra services including checked baggage, priority boarding and seat reservations. Click here to view our Additional Airline Charges Table to see these charges at a glance.

Since 1 January 2021, the guarantee of free roaming for UK mobile users in 47 destinations in the EU has ended.

Click here to visit our Mobile Roaming web page for further information about each operator.