The following case studies show the different approaches our Water Champions have taken to increase water efficiency and reduce their water and energy bills.

Did you know that making savings in the amount of water you use in your business can lead to substantial financial savings in your annual water bill, increase profits and benefit the environment?

There are a number of ways to become more water efficient, such as replacing old leaky pipes and equipment, raising awareness amongst your staff and improved monitoring of water use. We hope the following case studies will provide ideas for your own Water Champions action plan.

Glandore provides serviced offices for a variety of customers. The team at Glandore worked with the Consumer Council to reduce their water consumption by making simple and low cost changes to the existing infrastructure, and changing their approach to managing water use.  This included: 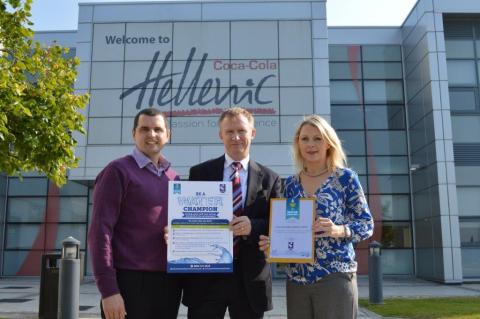 Coca Cola Hellenic Northern Ireland based at Knockmore Hill, Lisburn has the capacity to produce 1.5 million litres of beverages each day. Water is sourced mainly from boreholes as the company strives to reduce the amount of water required from the mains supply.  The company has excellent water stewardship credentials, both internally in terms of production processes and externally at community level. This commitment to water stewardship led to Coca Cola’s listing as a world leader in sustainability by Dow Jones Sustainability Indexes for the sixth consecutive year. The company has been awarded Consumer Council Water Champion status having taken the following water efficiency steps: 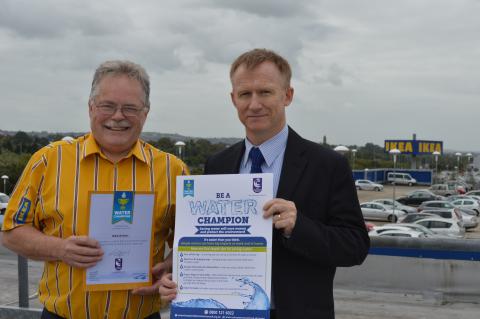 IKEA which opened its first store in Ireland at Holywood Exchange, Belfast in December 2007 has excellent sustainability credentials. The store’s huge 30,000 square metre roof harvests rainwater throughout its entirety and uses it to flush the store’s 49 toilets.  It is estimated that this mains water saving amounts to around 20 million litres per year.  Installing waterless urinals throughout the store estimates additional annual mains water saving of 450,000 litres of water per year. IKEA Belfast educates its staff and customers on the benefits of using energy efficiency products.  The store also has a dedicated Sustainability Leader who runs sustainability tours of the store for local schools and community groups.  IKEA Belfast was awarded Water Champion status in recognition of a number of water efficiency steps:

Sainsbury’s has been awarded Water Champions status after it made a number of water efficiency measures. Sainsbury’s has adopted a ‘Respect for Our Environment’ philosophy, with the aim of becoming the UK’s greenest grocer through a commitment to do the right thing for the environment. Twenty commitments were outlined and in order to meet this aim, Sainsbury’s ‘20x20 Sustainability Plan’ was devised. It set an initial target to reduce water usage by 50 per cent per m2 of sales area across the estate by 2013/14 versus a 05/06 baseline which was successfully achieved.  Sainsbury’s commitment to being a Water Champion has been recognised by the company being the first retailer to have been awarded the Carbon Trust Water Standard and winning the Energy Efficiency through Water Management Award at the Energy Awards 2013. Water efficiency steps taken by Sainsbury’s include: 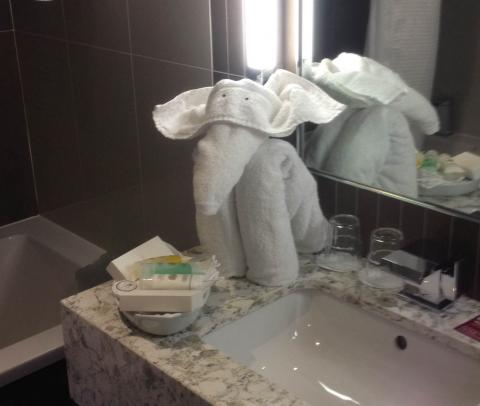 The City Hotel, a large four star hotel on the banks of the Foyle, reduced its water consumption by 18 per cent over a six year period.  This was despite adding twelve new bedrooms and high visitor numbers during the UK City of Culture celebrations.

It did this by carrying out a review on energy usage within the hotel. This included reviewing water consumption because a large portion of its energy costs were tied up in heating water.  It discovered that staff didn’t realise that the hotel paid for water because they didn’t pay a water bill in their own homes.  To save water and save money the City Hotel: 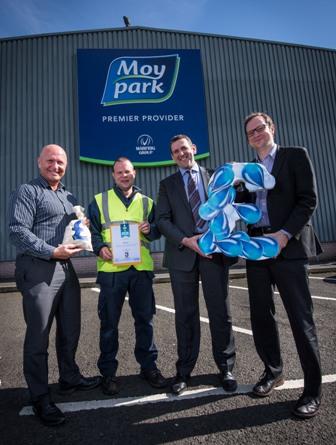 Moy Park is a top 10 UK food company and one of Europe’s leading producers with three sites in Northern Ireland including its headquarters based in Craigavon. Over the past few years the company has achieved a substantial reduction in its water consumption by closely monitoring the water used throughout the production process, targeting investment and implementing significant behavioural and cultural changes across the entire business. Overall Moy Park’s commitment led to an annual saving of over £135,000 in 2013. This is the equivalent to saving nearly 52 Olympic-sized swimming pools of water across its Northern Ireland sites.

Here’s what Moy Park did: 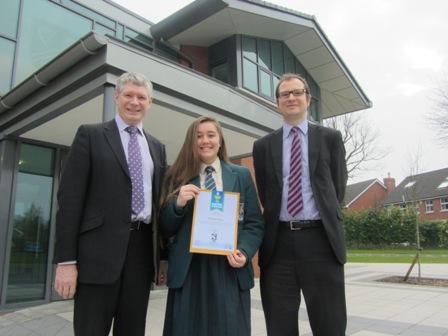 Strathearn is a grammar school situated in East Belfast, attended by about 770 girls aged from 11 to 18.  In March 2011 work started on building a 10,100m2 new school and a 1,600m2 refurbishment involving demolition of some of the remaining buildings on the existing campus.  As part of this work various water saving initiatives have been included in the new and refurbished buildings: 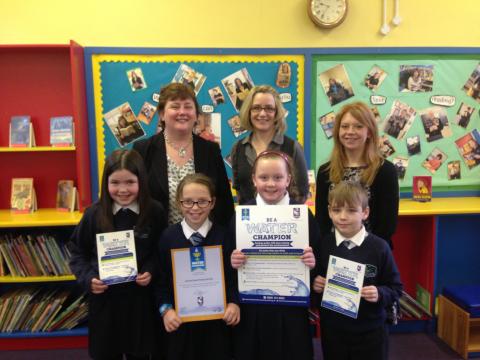 Victoria Park Primary school opened in September 2008 after the amalgamation of Sydenham Infants’ and Strand Primary School.  It serves the Sydenham area of East Belfast and caters for around 330 children between the ages of four and eleven. 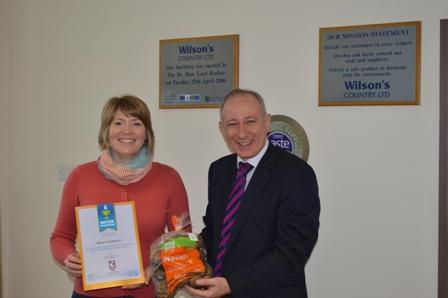 Wilson’s Country Foods is based in Craigavon and employs around 90 people. It supplies fresh pre-pack potatoes to local supermarkets and fresh peeled potatoes to Food Service Distributors across Ireland. The business handles approximately 800 tonnes of potatoes per week that all require washing so there is a significant demand for water.

As the business has grown over the past few years, so has the demand for water. The Company with support from Invest NI investigated how it could improve its environmental performance. Steps taken include: 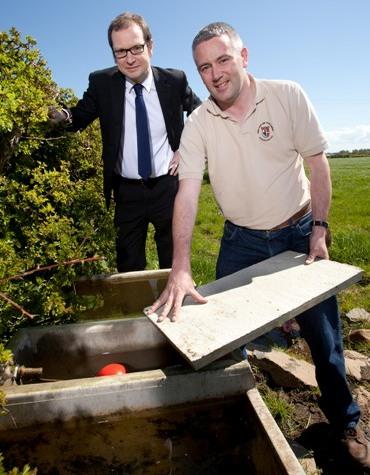 Gateside Farm near Coleraine is a 130 acre mixed farm run by John and Rhonda Lynn. It was the first farm to receive the ‘Water Champions’ accolade.

When John took over the farm in 2006 he found that it had a very old, disjointed water system. It had four roadside water meters and the pipe system consisted of a mixture of very old metal pipes and different sizes of plastic pipes. It also had old baths for water troughs which were a continual source of water leaks and needed regular maintenance.

To save water John: 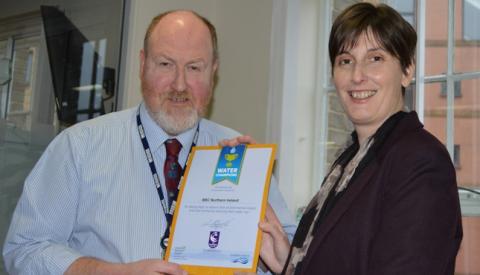 BBC Northern Ireland has been awarded the Water Champion accolade after reducing its annual water consumption by 27 per cent between 2008 and 2013.  This significant reduction was achieved through a combination of fitting water efficient sanitary-ware and raising staff awareness of water efficiency. The BBC started monitoring water consumption at its two main Belfast sites in 2008 and took the following actions: